It’s Tuesday. It’s only the second day of the week, it seems like agonisingly long since the football was and even more agonisingly long until its on again, so now begins the long hard slog to try and make it to the next round of fixtures. What the hell is there to do in the meantime? Work?! No thank you, it’s time to analyse the previous week’s fixtures! The first week of games is always a tantalising mix of good and bad, the preseason is out of the way with (and the mammoth article if you’re a blog writer…) and now we can finally see how the teams have actually prepared for the season ahead. Of course, there will be some false starts, like West Ham having to start against one of the most dangerous teams in the league in Liverpool, and, conversely, there will also be some teams who steam out of the blocks only to bail out later in the season (à la Blackpool 2010-11, who won 4-0 in their first game to top the table only to be relegated on the last day). So, there’s been some time to look and reflect, lets get started…

WOLVERHAMPTON, ENGLAND – AUGUST 11: Richarlison of Everton celebrates with teammates after scoring his team’s first goal during the Premier League match between Wolverhampton Wanderers and Everton FC at Molineux on August 11, 2018 in Wolverhampton, United Kingdom. (Photo by Laurence Griffiths/Getty Images)

One of the teams I talked most highly about and one that I said I was most excited to see was the new Portuguese contingent that Wolves were bringing to the league. They had a real wicked summer, signing the likes of Joao Moutinho for 5 mil and brought with them the likes of Ruben Neves, who has scored the most goals outside the box in English football since he arrived in it in 2017 (7 – credit to OptaJoe for that one). Now, although they drew 2-2 against a team with 10 men, they were the only promoted team to score a point on the opening weekend and that has to earn them a bit of credit. For me, Everton were looking very much in control until that ludicrous challenge from Jagielka and that was when the Wolves could smell blood. At this point, I believe that the home team did well to wrestle control of the game away from the visitors, far the more experienced team at this level. Ok, they conceded when it was 1-1 but they again did well to attack the 10 men visitors and pull one back. In fairness, had they been a bit more accurate, they may well have scored more and gone on to win the game, but now they have had that first taste, they’re going to be hungry for more and, with the likes of Neves who scored a beauty of a free kick, I reckon they will be placed to do so.

On the other side of things, Richarlison was highly impressive for his new team under the man he says he looks at “like a father“. His first one, I must say, was rather lucky as it dropped kindly to his feet, but the second was absolutely beautifully stroked home from the most fouled player of 2017-18. I believe that Everton can do well this season under Marco Silva, they’ll be disappointed to leave Molyneux with only a point, but they can be commended for getting themselves back in front with only 10 men and, had they all been on the pitch, I believe it could have been a much different story. 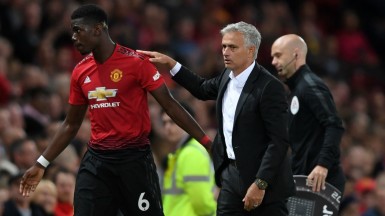 Pogba Proves He Can Still Be Useful After All

When the World Cup Final was over, Mourinho said he hoped Pogba “understands why he was so good“, because he was playing in basically the same position as at United and was almost flawless for the last 3 games. Now, Mourinho has been awfully whiny since the preseason started and, as a United fan, he’s even been irritating the hell out of me with his statements. That said, when it comes to ol’ Jose, one can never tell if he actually means some of the barmy things he comes out with, or whether it’s all just one big mind game to him. Either way, I think he tried to show Pogba what he’s all about and made a big statement by making him captain against Leicester for the first game. He then complimented him as a “monster” for his quality performance as well, something that was music to my ears, not least because it was finally something positive coming out of his mouth, rather than more ‘wah-wah I’m going to throw my toys out the pram again’. All this, after Pogba had only been back in training for 4 days following his Summer exertions. This, for me, is all a very positive sign that maybe, juuuuust maybe Pogba might kick his butt into gear and get a move on this season and we might actually be able to see some of the 100 million that we paid for him! 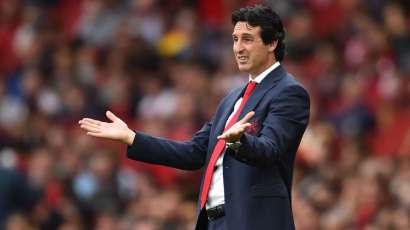 After Arsene Wenger left at the end of last season (which, by the way, I called at the start), I thought, and maybe a few people did, that he had actually over stayed his welcome. To paraphrase a Batman film: you either quit a hero or stay in the job long enough to see yourself become a villain. Now, in this case that could have meant that he joined Villa, where being a villain is actually a plus but, sadly, at Arsenal it is not. So, when the new season came poking around, I was actually rather positive about how the new guy might actually pull the squad together because, as I pointed out, the squad he has inherited there is a damn strong one. With two world class attackers in Aubameyang and Lacazette, Arsenal could set themselves up to bang in some beauties if they got those two to work together. Add in a sprinkle of speed in the form of Mkhitaryan, the spice of Oezil behind them in midfield and that is one hell of a formidable attack and, indeed, the bare bones of quality team.

Now here’s me singing all the praises of what seems to be a positive performance from Arsenal on the opening day….unfortunately, it was anything but. They were outpossessed and outclassed by a highly superior Man City team which, fair enough, isn’t the loveliest of games to open your season with, but for me some of the team sheet was just plain wrong. Playing Maitland-Niles over Lichsteiner to begin with was, for me, a thoroughly poor decision. You’re coming up against a team that is highly superior to yours (don’t cry gunners, it’s obvious to us all) and you go for the 20 year old new guy? Way to give him confidence Emery. What they needed was to chuck Lichsteiner in from the start but, by the time they did, they were already 1-0 down and City are unlikely to let a lead slip. I think having a player like Lacazette and not playing him is a big mistake, I’d throw him in at centre-forward, have Micky (don’t ask me to write it again) and Aubameyang down the wings with their blistering pace and have Oezil’s magic coming at them from behind. Ramsey can play a bit deeper than Oezil and have Xhaka behind him and that’s one strong attack/midfield. GET IT SORTED UNAI. Now, I may be being overly harsh here and, sure, the Arsenal manager may know more about it than me before you go getting a bit critical but, hey, that’s just what I think!